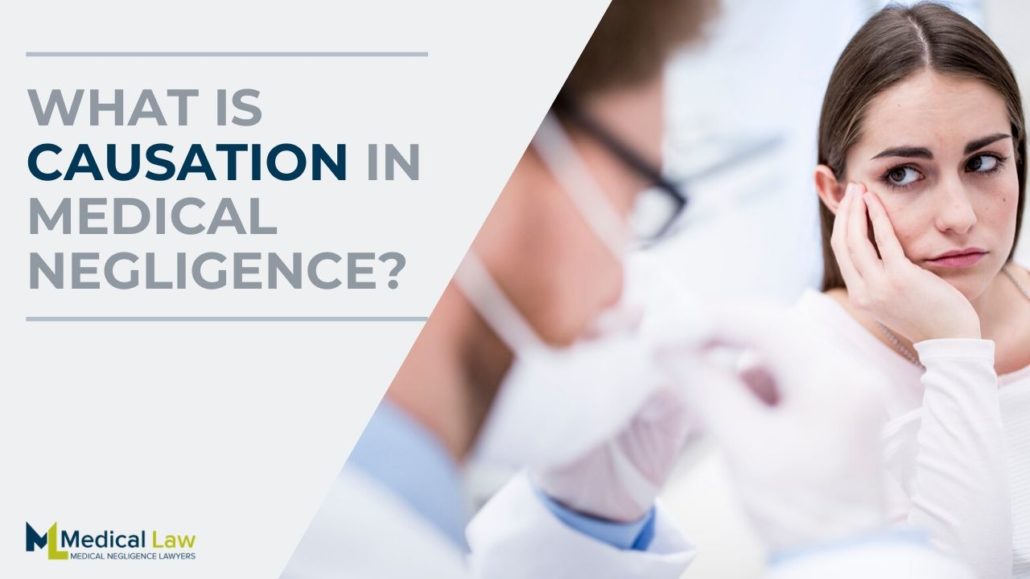 The Tests for Proving A doctor Was Negligent.

This article reveals the two legal tests to proving a medical practitioner caused you pain and suffering.

These two tests are vital for legally countering the practitioners denial.

In fact, these two tests are used every single day by professional medical negligence lawyers around the country.

And now you can too.

This article is designed to assist victims of medical negligence focus their complaints so that they can be resolved faster.

The faster you establish the doctor's liability, the faster you will receive compensation, and begin to build a new life.

But to get compensated, you need to fulfill 3 key criteria:

This article will cover causation, and how to be sure your doctor caused your injuries.

Unsure where to start? Want someone to do it for you?

Speak to a lawyer for free to have your options laid out for you.

Proving the Doctor caused the harm

It can seem easy enough to say the practitioner breached their duty of care, and there are plenty of instances outlined in our second article that describe common occurrences.

Proving that it caused the adverse outcome, on the other hand, can be incredibly difficult to do.

For example, a patient can't claim for a sore foot if the medical negligence occurred on their stomach and the injury was completely unrelated.

The law goes through a very stringent test to calculate whether the medical practitioner's carelessness was the cause of the injury.

Proving this aspect of the claim is called 'establishing causation'.

Causation simply refers to the proof that one event is the result of another. In medical negligence, this means proving the medical practitioner's carelessness (negligence) can be directly linked to the patient's adverse outcome.

To determine causation, the requires you to do two things:

1. Establishing how the injury or harm came about The first part of establishing causation is establishing that the practitioner's carelessness (breach of duty of care) was an undeniable contributor to the patient's injury (harmful outcome).

To assess whether or not it contributed to the outcome, the law questions what would've happened if the breach hadn't taken place.

This test provides the necessary connection between a negligent act and the injury.

So would the injury have taken place without the negligence (carelessness)?

The test used by lawyers for this is commonly referred to as the 'but for' test.

To use the but-for test, you need to apply it negatively to the situation. You need to ask whether the injury would not have occurred 'but for' a certain event - in this case, the breach of duty of care, or the medical practitioner's carelessness.

To break this down, let's look at a simple example.

Bella had an ice cream cone and dropped it. Kayla ran past and slipped on the melting puddle of ice cream, injuring herself as she fell.

To apply the but-for test, you would test if the following statement is true or false:

but for Bella dropping her ice cream, Kayla would not have slipped and been injured.

Which, in essence, is true.

It is unlikely that Kayla would have slipped without anything to cause her to slip.

This means Bella's dropped ice cream was an undeniable contributor to Kayla's fall, and her subsequent injuries.

Another way to look at the 'but-for' test, is to understand that you are simply asking:

"But for the existence of X, would Y have occurred?"

And if the answer is yes, then X has contributed to Y.

But even once you've established that the negligence was a contributor of the outcome, you need to consider whether is it reasonably within their 'scope of liability' to be held accountable - we'll explain that one next.

And if it's clear enough, it has been an 'undeniable contributor'.

2. Proving it's within their scope of liability The second step to proving causation, is proving whether or not the practitioner should be held liable for those mistakes.

This is a normative approach.

Being a normative question means it is simply commonsense.

Scope of liability, in layman's terms, is simply the extent to which someone should be held accountable and responsible for their actions.

But is it really that simple?

To make it more objective we can assess the foreseeable risks associated with the activity.

Foreseeable risk is considered to be a danger which a reasonable person would anticipate as a potential result of their actions.

If it is considered a foreseeable risk, then it is generally within a person's scope of liability - or in other words, their responsibility.

On the other hand, a mother who takes her child on a faulty roller-coaster that it causes injury cannot be held liable for the injury. Why? Well, despite being a foreseeable risk, there is also an assumption that the track would be properly maintained.

Think the risk of your injury was foreseeable?

When broken down, it looks complicated. But you'll notice it really is just common sense.

When you consider Bella and Kayla you could ask:

Is there a foreseeable risk of someone slipping over on a puddle of melted ice cream?

Most people would say yes.

But sometimes things can be complicated. And whilst these a pretty obvious examples, medical negligence can be a different story.

It can be a highly complex area.

Understanding when responsibility (scope of liability) passes from a nurse to a doctor to a consultant.

It can be hard to apply 'commonsense' to something that isn't exactly 'common knowledge'.

In fact, it can be nearly impossible.

For that reason, we've provided two quick, simplified questions you can ask yourself to try to establish whether the medical practitioner caused your accident, and whether or not they should be held liable.

Would my injury have occurred even if the practitioner hadn't been negligent?

Should my injury have been a foreseeable risk within the practitioner's role?

If you answered no to the first question, then commonsense might say your medical practitioner was a direct cause of your injury.

If you answered yes to the second question, then commonsense might say it was their responsibility - or within their scope of liability.

In this situation, it is best to get a second opinion from an experienced medical negligence lawyer.

Without causation, the medical treatment is not responsible for the losses you have suffered.  There is no proof of damages.

And damages is where the money lies.

That's because damages quantify - ie. give you a dollar figure - the harm caused.

In our next article we will take a deeper dive into damages, and give some actionable steps you can take to start quantifying your damages.

This will give you a practical way to evaluate your potential to bring a claim against a medical treatment provider.

To subscribe to this next article please sign up below.  We will SMS you the link when the article is published.

Sign up to be SMS'd when it becomes available.

What Will Happen When The No-Fault COVID-19 Vaccine Scheme Comes Into Effect?

We'd love if you joined our Facebook Community. We post things that we are passionate about or that interest medical negligence victims or issues in the systems that are supposed to support their recovery, as well as more unrestricted content like this.

Don't miss the opportunity to have a free chat to a qualified professional! BOOK A FREE CALL WITH A LAWYER

If you have suffered from medical mistreatment and wish to explore your compensation options, book a call to have a free case review with a lawyer.  Simply enter your details below and we will SMS you to arrange a suitable phone appointment.